Incorporated in June 2016, KTCivil opened its office in October 2016. From Peggy Carrasquillo, President:

“There were five of us: myself at a folding table, Kody and Paul at a kitchen table, Jonathan at a card table, and Randy working from home at his dining table; we joked that we should change our name to “Bring-Your-Own Table Civil Solutions.” The five of us had common goals: to work in a place we like, with people we like, and build a reputation for delivering excellent service. We at Kitchen Table Civil Solutions want to set a standard of excellence others strive for. We want to be that company that clients rave about.”

The core engineering staff of KTCivil includes two licensed Texas Professional Engineers (PEs) whose experience is in utility, roadway, storm and pond design and permitting, a licensed H&H specialist who is also a Certified Floodplain Manager, and a licensed engineer who specializes in the engineering administration of public taxing districts such as Municipal Utility Districts. The core CAD design staff includes two senior designers who collectively have more than 30 years of design experience, as well as the ability to provide GIS and graphic design support.

“Our clients have a lot of things to worry about – their engineering consulting firm shouldn’t be one of them. If a client has to call us for information, then we aren’t doing our job correctly.”

See us in action: Learn more about our company culture. 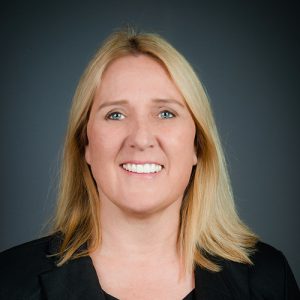 I graduated from the University of Texas at Austin with a Master of Science in Civil Engineering, and from Case Western Reserve University (Cleveland, OH) with a Bachelor of Science in Engineering. For the past three decades I have worked as a civil engineering consultant in the areas of concrete and construction materials forensics and then land development. My project experience has included the formation of a Municipal Utility District in Manor through TCEQ, and engineering design of a multi-family project in Austin, and subdivision projects in Lago Vista and Jonestown. The bulk of my experience, however, is comprised of work on two master planned communities. In 2003 I began working on the “Mueller Team”, and in 2007 I became team lead. My responsibilities included the entitlement and then engineering development of the first several subdivision and site plan phases of the Mueller Master Planned Community in Austin. In 2008 I took engineering lead on a different master planned community, Easton Park, located in Austin’s ETJ. My responsibilities included entitlement and engineering planning and design lead for the 2200+ acre development. Entitlement of the property involved decertification of land tracts from a WSC CCN, negotiating with City staff regarding the conditions for Consent to form Municipal Utility Districts, negotiations with City staff for the conditions of Planned Unit Development zoning, and negotiations with Travis County in the formation of a Participation Agreement for the construction of a MAD-4 roadway through the development. As client manager and team lead, we delivered construction permits for the first three subdivision phases within the project, and provided MUD engineering support and services for the five Pilot Knob MUDs.

In 2016 I founded Kitchen Table Civil Solutions, where I, joined by a mature group of talented staff, can focus on client needs and becoming the complete package in engineering consulting. 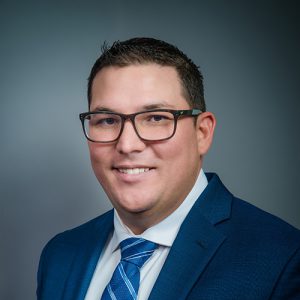 Since I graduated from Texas Tech in 2006 with a Bachelor of Science in Civil Engineering, I have worked as a civil engineering consultant in the area of drainage and then land development. As a Design Engineer in hydrology and hydraulic engineering, I conducted FEMA floodplain analyses and reports, drainage studies, detention design, SWMM design, cost estimating, and revised land development plans utilizing AutoCAD Land Desktop. My major project experience included detention analysis of a 200-ac. master planned community in McKinney, TX, called the Reserve at Westridge, and a discharge study for property downstream of the Jackson Meadows project in Sachse, TX. Since going to work in the land development consulting engineering arena in 2007, I have been responsible for managing, planning, preparing, permitting, bidding and construction processes of public infrastructure and private site developments, including subdivision and site plan projects. My major project involvement has included the Mueller Master Planned Community (Austin), Avery Station (Austin), IBC Bank (Austin), Marriott TownePlace Suites (Georgetown/Round Rock), and Austin Children’s Museum (Austin). Most recently I held a project lead position in the Easton Park Master Planned Community (Austin ETJ), responsible for the permitting of the first three subdivisions to be constructed. This involved managing design staff and EITs, and coordination with the City, County, and other consultants regarding major utility demands and extensions.

I joined Kitchen Table Civil Solutions in 2016, and continue to strive to provide my clients with the excellence of service they expect and deserve. 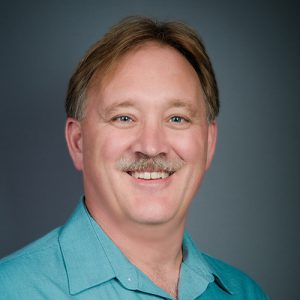 After graduating in 1983 from North Dakota State University with a Bachelor of Science in Civil Engineering, my first professional position was as an Engineer-in-Training for a geotechnical engineering company. In 1985 I went to work at the Texas Commission on Environmental Quality. As an engineer at the TCEQ, my responsibilities included: reviewing and overseeing special purpose district creation, bond issue, impact fee, and other types of applications; providing guidance to junior level staff and TCEQ management on district applications and district program activities; analyzing and overseeing legislation affecting districts and development of rule projects resulting from legislation; and providing guidance to stakeholders and elected officials on special purpose districts program activities. Major project involvement included districts in the Circle C and Barton Creek developments in the Austin, TX area; Paloma Lake and Teravista in the Round Rock, TX area; and Greatwood, Fairfield, Kingwood, and the Woodlands developments in the Houston, TX area. I retired from the TCEQ with 27 years of experience.

In 2014 I went to work in the private sector as a project manager overseeing special purpose district (Municipal Utility District) activities, including within the five districts in the Easton Park Master Planned Community. Special purpose district activities included preparing project documents and preparing bid documents, advising clients on district requirements, attending board meetings and advising boards, preparing and guiding applications (including bond issue) at the TCEQ, observing project construction, and communicating with the TCEQ and consultants on district activities.

In 2016, I joined Kitchen Table Civil Solutions, where I could work with a group of talented and dedicated staff and continue providing high quality service to my clients in a professional and collaborative atmosphere. 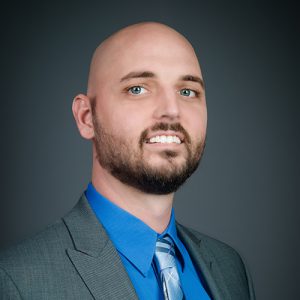 After graduating in 2005 from Texas Tech University with a Bachelor of Science in Civil and Environmental Engineering I worked as a civil engineer performing floodplain modeling and mapping as a FEMA contractor. While there, I worked as a project engineer, performing hydrology, hydraulics, and floodplain mapping for watersheds ranging from 2-square miles to over 800-square miles as a part of FEMA’s Flood Insurance Study IDIQ and RiskMAP programs. I also performed field survey and hydraulic modeling of hydraulic structures and levee breaches in a 400-square mile area north of Sacramento, California as a part of the Sacramento River Basin study for the California Department of Water resources.

In 2016 I joined Kitchen Table Civil Solutions where I continue to provide high quality service to my clients, keeping not only their heads above water but their feet dry as well. 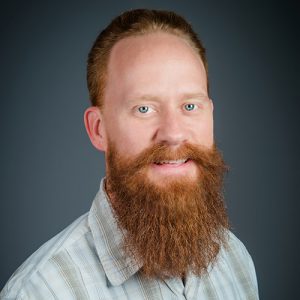 Since 1998 I have operated CAD, focusing on full utilization of the software as a tool to deliver a product that is clear to read and consistent in quality, as well as becoming knowledgeable in design requirements for roadways, drainage and utilities within the Central Texas area. With nearly six years of experience, I started working on the Mueller Master Planned Community as CAD designer. My responsibilities included compiling and managing all CAD files, including existing and proposed base files, updating them as each subdivision was developed, and providing CAD Design for the preparation of preliminary plans, subdivision final plats and construction plans. Special skills involved grading to provide accessibility for the extremely dense alley-loaded development. In 2008, I joined an engineering firm where I provided support to both land development and public works groups. Major projects in which I acted as lead designer included the UT EERC Building, Addison Subdivision, the Boardwalk Trail at Lady Bird Lake, and Easton Park Master Planned Community. I was responsible for the preparation of site construction plans for the EERC building on UT Austin downtown campus, requiring the associated planning and deconstruction/construction of existing buildings and utilities in order to construct a new 800,000 sf teaching and laboratory facility. I provided CAD design support for the preliminary platting, final platting and subdivision construction plans for the Addison Section 1 subdivision. For the Boardwalk Trail at Lady Bird Lake, I was CAD manager and lead designer responsible for coordinating and integrating all structural and civil plans for the completion of the loop between the Austin American-Statesman building and Lakeshore Park. I was also CAD file manager for Easton Park master planned community. In 2013, I joined a land development firm where I was Sr. CAD Designer responsible for the management of all CAD files associated with the Easton Park master planned community, and lead designer for all construction plans associated with Easton Park Section 1C and 2A subdivisions.

In 2016, I joined Kitchen Table Civil Solutions where I will continue to use my attention to detail and knowledge of the design software and local design requirements to deliver construction plans that are correct and clear, so that the permitting and construction phases of a project proceed smoothly. 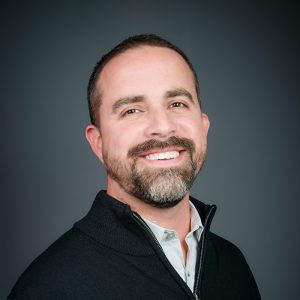 I started working as a CAD Designer in the area of land development in 2003, having nearly 13 years of experience. Between 2003 and 2007 I provided CAD design for numerous land development projects, but most notably provided CAD support for the Teravista Master Planned Community in Round Rock, TX. My responsibilities included compiling and managing all CAD files, including existing and proposed base files, updating them as each subdivision was developed, and providing CAD Design for the preparation of preliminary plans, and subdivision final plats and construction plans. Skills involved were the design of utilities, storm, drainage, grading, and roadways for land development projects. Between 2007 and 2008 I was CAD Technician on a variety of residential and commercial projects, assisting planners in promoting best use of land and resources utilizing AutoCAD, GIS, and other graphic design software. In 2008 I went back to the land development consulting engineering sector where I was Sr. CAD Designer aiding civil engineers in the planning and design of construction projects such as utility design, roadway design, site plans, and subdivisions, including conceptual design of William Cannon Drive and Slaughter Lane crossing the Easton Park master planned community. From 2013 until 2016 I was Sr. CAD Designer responsible for the production of construction plans including Addison (Austin, TX), Morningstar (Georgetown, TX), and Easton Park (Austin, TX). Throughout my experience in land development, I have continued to study the capabilities of the industry’s design software and tools, including among others AutoCAD Civil 3D and ArcGIS, and to learn the local design requirements within the Central Texas area.

I joined Kitchen Table Civil Solutions in 2016, where I continue to learn new ways to become more efficient in using the tools of our industry while providing value-plus service to my clients.